I’ve eaten almost nothing but beans since the start of the month. An egg here and there, some cheese earlier along, tortillas to scoop them up with. But every meal, black beans. Hot beans, cold beans, mashed and refried beans. It’s been a long three weeks.

I keep a pretty Spartan larder in the best of times—with a small fridge and no storage space, it’s easier to pick up whatever I’m eating at the corner grocery on the way home.  And while my settling-in allowance served to furnish my unfurnished apartment (and mine came with neither sink nor toilet seat), it wasn’t large enough to buy an oven or a countertop or a decent knife once I’d gotten a bed and a fridge and a stove and all that. I made a kind of cupboard from old planks and crates from the market and I cut my vegetables on top of my refrigerator, but it’s not the same. I’d like to be baking the kind of fresh bread you can’t get here, but that’s out of my price range.

The other reason my meals are so paltry in-house is a two-parter. The first is “intermittent fasting.” It’s a kind of diet or an eating principle based on just what it sounds like—not consuming food on a regular basis. Most food science seems to be bunk science, but the science that there is says that making your body think it’s starving once a week does you good. All those centenarians in the Third World for anecdotal evidence. This came up in conversation before a trip last April when Mark Gerharty was explaining that the intermittent fast is the only good way to melt the last bit of fat off so your abs can show through. Mark’s one of those guys who can talk about his abs showing through and mean it.

When I came back from that trip, I came back to lean times. Straight poverty. I get paid well enough to live just fine where I’m at. I wouldn’t make it more than a couple of days in, say, New York on my monthly income, but it serves. Travel enough, though, and things start to get thin. I’d already paid my rent and bought my gas that month, so the only expense I had left was food. I cooked at home and I cut down. I’m not sure that I have a slow metabolism—it’s never made me more than a little paunchy—but it doesn’t ask much of me when I don’t ask much of it. If I’m not running, and I’m rarely running, one meal a day can do me.

Those were real spare times, and even with just the one meal I had to economize. So I stripped down to nothing but the mera milpa, the traditional cross-planted crops of the region on which you can feed yourself for a week with half a hundred pesos.

Corn, in masa and flour and tortillas, beans for centavos the kilo, chiles and onions and squash. Meat’s expensive and it almost doubles my walk work to house, so I subbed in eggs for protein.

Black beans are best because they’re the quickest. They don’t tempt you into making bulk batches that go sour faster than you can eat them. A third of a kilo into my one pot, two halved onions, a halved orange and some sautéed chiles de árbol. Boil two, three hours. The science is in on this too. No need to soak—it only cuts half an hour off cook time and degrades the flavor of the beans. Sans soak the gravy comes out thick and black as army coffee. Whatever else you’ve got, sautée it, add eggs. If times aren’t so bad, use cheese, the queso oaxaqueño that comes in big rubber-band balls, make yourself some quesadillas to scoop your beans. 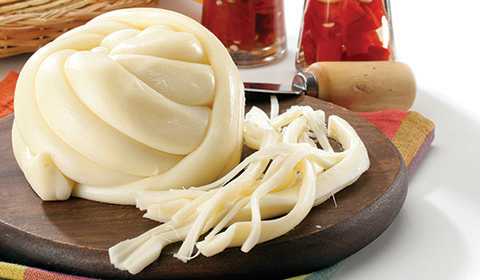 It’s bare campo eating, and for all that even the destitute could gorge on it, it’s not bad. The opposite, if you’re not starved for variety. I lost weight that spring, though. When I went home in May, I was ten kilos lighter than when I’d left, down to 145 from 165 in pounds

I’m writing about this now because it’s thin times again. I’m not broke, but when you sock away your cash for saving in an actual sock, you’ve got to respect the system, leave it in there, take your lumps til payday. I’ve got the next batch of beans on the stove now, garlic sautéed with the peppers this time. It’s late enough in the pay cycle that I could spring for eating out, I guess. If I did nothing but all month, I’d still only be eating thirty days’ rent, which is less than it sounds like.

I’m going to stick with the milpa, though, and with the intermittent fasting. Because it’s good for lean times, which these are, and for times before you see the beach, which these might be.

Plus, if I’m going to be seeing a lot of grasshoppers and agave worms in Oaxaca, my waist and my wallet are going to need some breathing room. And I’m planning on eating a lot of bugs and worms.