Most of the pieces I’ve written for the Peace Corps Mexico internal newsletter The Piñata have been posts I’d already tapped out or had in mind for this blog. This time it’s reversed; I’ve changed all acronyms to words and explained where I think explaining was merited, but you folks are smart, you’ll get a long.

An ex-volunteer, between his Close of Service in November and his move to the Philippines for Peace Corps Response this past May, made a short tour of Mexico, and when he came by Jalpan, he left me a book, Naomi Klein’s This Changes Everything from December of last year. Peace Corps Volunteers being what they are, I imagine some of you have read Klein and even her new work. But for everyone who hasn’t, I’ll give you the briefest summary and then we’ll get onto why it’s important.

Because it changes everything?

As a species, we’ve spent the forty years we’ve known about the problem doing nothing; neither Río nor any later conference has made any real gains, and we’re maybe less than a decade out from releasing enough carbon to blow past 2C of warming into an all-the-more-apocalyptic future.[1] Our large multinational fossil fuel companies have, right now, reported reserves that, if extracted and burned, would easily bring us to 3 or 4C of warming.[2] Not only that, but the danger climate change presents isn’t imminent so much as it’s already here, and more than a few of us in Mexico have observed firsthand variations in climate that deviate from millennia of established patterns.

I assume we’re all past this

The causes we’re mostly familiar with. Dirty electricity production is foremost, followed by the burning of fossil fuel for transport, both personal and commercial, especially the diesel and gasoline used to power the ships and planes and trucks on which global trade depends. And industrialized agriculture, which has huge carbon outlays not just for shipping and the running of equipment and facilities but in the extraction and production of mineral fertilizers, all alongside the massive pollution and environmental destruction caused by runoff and the overuse of herb- and pesticides. Others, of course, but here you have the big three: power, transport (shipping), agriculture.

Naomi Klein’s solution to this disaster is appropriately drastic. She wants to overthrow the global capitalist system, not by violence but by mass democratic action. She wants to derail the neoliberal ‘Washington Consensus’ that has dominated global economics since the late 1980s and which, for a time, was the leading philosophy in development as well.

What has any of that got to do with us? Everything. Not in the overthrowing—it’s not within the ambit of a Peace Corps volunteer. We come in when Klein imagines the world afterwards.

She envisions humanity abandoning the rampant consumerism that the US has exported across the globe and returning to 1970s levels of consumption. Rather than the coal plants that give us the majority of our power, she proposes not giant solar or windfarms but distributed production, where the citizenry of every country is encouraged to install and produce alternative energy. You avoid further legitimizing energy monopolies and oligopolies, create a grid that’s resistant to the kinds of storms we’ll be privy to from here on, and empower communities of people and not of corporate entities.

Rather than a globalized, industrialized agriculture that emphasizes monocropping and then shipping (so that Guatemala can produce a huge percentage of the world’s bananas, export those, and import its other necessities), but localized bio-intensive farming, where sometimes-ancient and traditional techniques produce your food down the road, coming from a farm and a farmer you know. Klein imagines a world in which we travel less, and when we travel, we do it collectively.

If any of that sounds familiar, it’s because we as Mexico volunteers are workshopping exactly the kind of sustainable, local, community-oriented societal model that Klein proposes and which is the only paradigm under which we can stave off massive climatic changes that will be catastrophic particularly for the regions of the world in which Peace Corps works.

When we’re first introduced to the PC Environmental Program mission in Mexico—ameliorating climate change—it sounds absurd. How are we, with our pitiful numbers and meagre resources, going to make any kind of impact, given, too, that we’re often working with some of the poorer areas in what is not a major contributing country to global carbon emissions? In the terms that USAID uses as its Small Project Assistance grant indicators and which crop up in parts of the Country Plan, we absolutely can’t. Trying to count the number of tons of CO2 we’ve sequestered or offset is ridiculous. But it’s not the way we could be helping here.

We can’t solve climate change from Mexico or even make a dent in this country’s carbon emissions, especially since CONACYT’s collaborations with PeMex sometimes have us working at cross-purposes. What we can do, though, is show that we could all, not just in Mexico but everywhere, transition to a climate conscious and carbon neutral way of living without any of the economic or social pain that is so often used as an excuse for inaction.

Because of where we are and what our work is, we are positioned to be the heralds of a new way of life, and because of Third Goal, we have a mandate to evangelize.

Think about it now. I’d wager that each of us consumes orders of magnitude less than we did in the States, and without any particular privation while we do it. We all travel, and we travel a lot, but we do the majority of our day-to-day commutes on foot or bike and when we go further afield, we do so in buses, carpools, in vehicles that couldn’t hold another man, woman, or child.

Many of us have become aware of what sounds outlandish in Klein’s book: that traditional bio-intensive (agro-ecological) methods like the milpa can double the yields of GMO monocropping, and can do it without the risks of single-crop fields and without the massive inputs of water, pesticides, herbicides, and mined fertilizers that are the lifeblood of industrial ag. 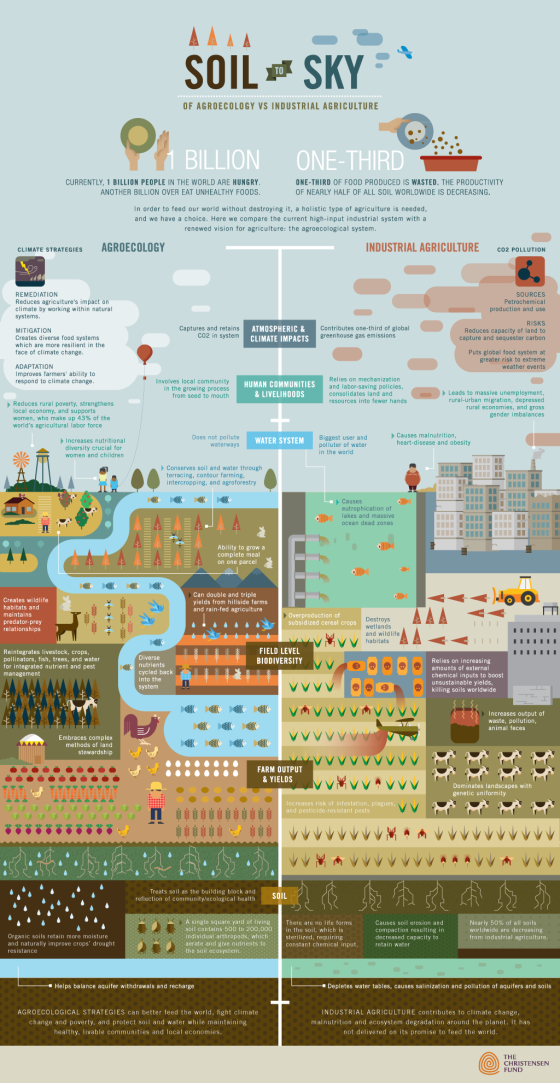 Most of us too either eat the produce those fields produce on a day-to-day basis or at least have been exposed, and we know that it’s healthier, tastier, and cheaper than anything we could buy at Whole Foods. I too, at least, have come to appreciate the seasonal variety rather than having all things available at all times by way of carbon-expensive shipping. Orange season becomes lychee season, onto mangos, peaches, strawberries, and I can’t say I’m any less happy about it than when I could walk into Safeway and buy a dragonfruit that had either been hothoused or flown in from East Asia.

Almost none of us are involved in alternative energy projects, but all of us work to reduce energy use and use less now in our daily lives than we did before service. We eschew air-conditioning, install fuel-efficient stoves, construct biodigestors and dry toilets. We compost and re-use the things that we’ve consumed. We’re not pioneering this way of life, but we’re proving that an American born and raised can take to it with minimal pain. And we’ve got the opportunity to talk about it.

Or, you know, a mandate

More even than the chance, we’ve got the Corps-given moral imperative. Because the most important work we may ever do to fight climate change isn’t out in the communities and the ejidos but in our blogs and phone calls and letters and in what we do and say and advocate for once we’re back home.

Those of us with the privilege of education can’t pretend that climate change is anything but an existential threat, to the developed world in a few years and to the developing world, ya, right now. It’s our unfortunate habit in the US to think, “Well, there’s nothing we can do about it now, in this political climate, but once things get bad enough, we’ll gut up and take it head on.”

The problem is that carbon accumulates and acts on a delay—once there’s enough warming to prove to die-hard deniers that there’s a problem we’ll have shot so far past any acceptable level of CO2 that we might not recognize the world it’ll give us.

When we signed up, when we accepted our posting, when we got off the plane in DF, we gave up the right to be ignorant, the right to be passive; we surrendered the ability to be apathetic. If you only ever get one thing from what I’ve written in the Piñata, get this: we took the oath, and since we can’t take it back, we’ve got to make sure that the two years we spend here count, and commit to carrying on the fight after COS.

If you’re looking for the kids proving that we can save the planet and live just fine, look no further. They’re us.

[2] “[The London-based Carbon Tracker Initiative] found that the oil, gas, and coal to which these players had already laid claim—deposits they have on their books and which were already making money for shareholders—represented 2,795 gigatons of carbon (a gigaton is 1 billion metric tons). That’s a very big problem because know roughly how much carbon can be burned between now and 2050 and still leave us a solid chance (roughly 80 percent) of keeping warming below 2 degrees Celsius. According to one highly credible study, that amount of carbon is 565 gigatons between 2011 and 2049. And as Bill McKibben points out, ‘The thing to notice is, 2,795 is five times 565. It’s not even close.’ He adds, ‘What those numbers mean is quite simple. This industry has announced, in filings to the SEC and in promises to shareholders, that they’re determined to burn five times more fossil fuel than the planet’s atmosphere can begin to absorb.’” Klein, 148